I know you’ve all lost things, and found things.  We all have.  So what’s new? I hear you ask.  Nothing really, except that I’ve had an exceptionally vexing morning.  And I think this goes just a tad beyond the ordinary senior moment.

It all started a few days ago when I decided to (finally) change phone providers.  I had  been putting it off for far too long, and finally bit the proverbial bullet and phoned the selected provider.  They couldn’t have been more helpful.  Over three days I had three rather … extended help sessions as I got my new landline, modem, wifi, iPad, and iPhone set up.  At the moment, however, I am still without iPad and iPhone connectivity.  The culprit is the old provider, whose name I shall withhold, but anyone in Australia who has used Telstra will know who it is.  Anyway, my iPhone is locked, so I can’t change the sim without going into a Telstra shop (oops!  did I just give the name away?)  And I suspect the same is true of the iPad, as I can’t get into it either.  But the thing is, Telstra has cut off service to both of them even though I can’t get connected to  Internode on them now.  I reckon that’s just spite.

But what about the scavenger hunt, you ask.  Well, here’s the deal:  Steven, at Internode, suggested that if I have an old cell phone around somewhere, I could test the new sim just to rule out a faulty sim.  Yay, thought I, knowing that not only do I have a couple relatively recent cell phones I bought on my last couple trips to the US, but there are also a couple old (really old) cell phones just gathering dust somewhere.  It shouldn’t be hard to find at least one (1) of them.  Should it?

I won’t tell you how long I spent looking initially.  Then re-looking, then re-looking again.  I’ll just say that I looked into places where there were so many generations of spiders that they had evolved.  Eventually I was successful in locating one (1) ancient Phillips phone and 1 (one) middle-aged Nokia charger.  Well, that was no help.  So the hunt began again, in earnest.  If you re-read the first part of this paragraph it will save me typing it again.  Eventually I was successful in locating  one (1) middle-aged Nokia phone and 1 (one) ancient Phillips charger. Huzzah! 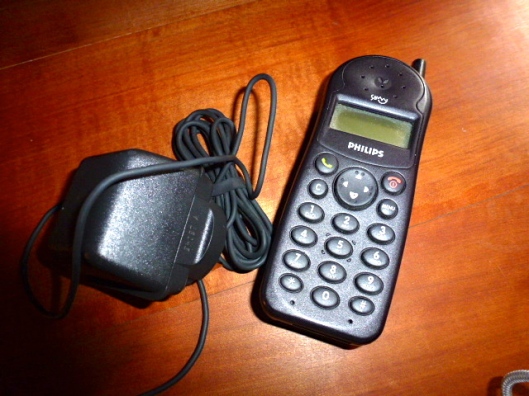 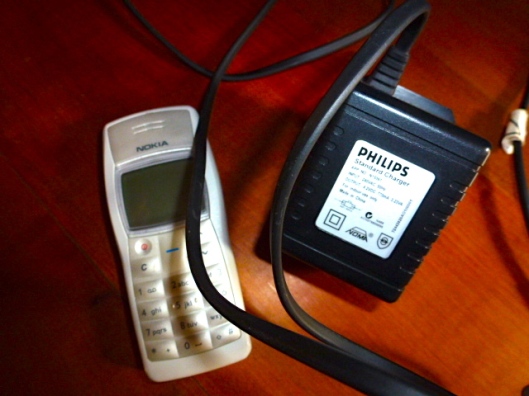 One (1) middle-aged Nokia phone and 1 (one) Phillips charger

But then I couldn’t find the original parts.  No point re-looking in all the same dark dusty corners I been looking in before…I’d had them in my hands, so I must have laid them down somewhere.  A new hunt begins for the one (1) ancient Phillips phone and 1 (one) middle-aged Nokia charger.  I’m not on a scavenger hunt now–I’m on a mission.  Should be simple enough to trace my many steps.  Shouldn’t it?

At last.  The Phillips phone.  But where is the Nokia charger?  It isn’t there with the phone.  The search continues.  Now, in addition to everything else, I’ve lost my mind.

2 thoughts on “The Scavenger Hunt”